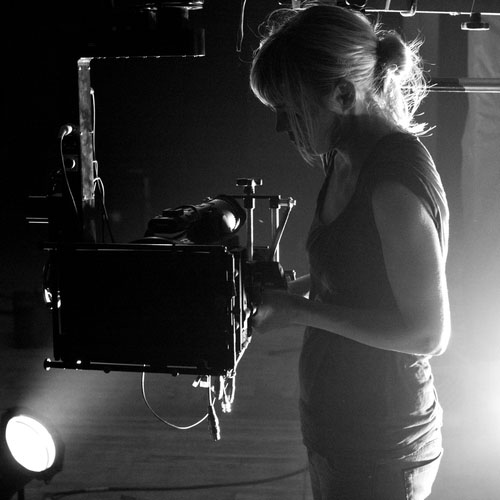 Cyan Meeks is a digital artist who takes a transdisciplinary approach to her collaborative practice, blending installation, performance, filmmaking, sonic design, curation and media study. Both her collaborative and solo works have been exhibited internationally, including at the Sundance Film Festival, New Directors/ New Films Festival at MoMA,¬†Deuxieme Manifestation International Video et Art Electronique and the Nelson-Atkins Museum of Art. She has received first place awards from the American Film Institute and the New York Film Festival and received a grant from the National Park Service. Her commercial work within the music industry has received accolades by NME and Spin magazines.¬†Meeks received her B.F.A. degree in new media from the Kansas City Art Institute in 1995, studied for her M.F.A. degree at the California Institute of the Arts in 1997 and completed her M.F.A. degree in media studies at the State University of New York in 2003.

By far the best part of the residency is when arti

Our final Zoom Q&A is at 4pm today with @ruthblove

Repost @ruthbloveland: I am finding some really be

Repost @ruthbloveland: Most of my work for this re